The history of Northwave can be traced back to the early 70’s, in the very heart of the footwear manufacturing region of Montebelluna, where thousands of artisans crafted and developed footwear. It is here that Gianni Piva founded his company in 1971.

Calzaturificio Piva, the original company name, started with developing and manufacturing ski boot liners, and snow shoes shortly after. The company’s history has been marked by innovations at every level since its foundation. Driven by the rapid growth of the snowboard market, Calzaturificio Piva began manufacturing OEM boots for many of the pioneer brands. After developing expertise in the small and rapidly growing snowboard market, Gianni Piva quickly saw a larger opportunity for his own brand.

Northwave, as a brand, was launched with the first collection of products. Within just a few years, the brand became a globally recognized sport brand identity. As for the snow division, Northwave boots gained recognition for their quality and comfort.

During that time, Northwave launched the Espresso line of shoes. Born from the crazy intuition of a team of snowboarders who combined the characteristic fatboy snowboard boot sole with a more versatile casual shoe upper, the Espresso soon became an unforgettable 90’s icon, designed for everyday use. The Espresso model quickly cemented its status in Japan, and then the rest of the world, becoming a symbol of those years. The outstanding feature of the Espresso model was the Big Boy sole, inspired by the design of the original snowboard boot sole.

In 1993, Northwave introduced the bi-color Integral shoes, the first MTB shoes from the brand. These shoes not only introduced Northwave to the world of off-road, but also a disruptive cycling shoe design concept with the use of contrasting shoe colors in a single pair of shoes.

Following the successful international launch of Northwave, Northwave North America was established in Seattle, mainly to support operations, sales, and marketing strategies. The Seattle division worked in close synergy with Northwave HQ’s various departments, thus creating a worldwide team, and conveying a global branding message for all of Northwave’s products.

In 1996 Paola Pezzo triumphed at the Atlanta Olympics, breaking into history with her epic MTB victory, and in 1997 Ivan Gotti won the Giro d’Italia.

The following year, in 1997, Northwave acquired Italybased Drake Bindings, a natural fit for its snowboard boot business. Prior to joining the Northwave family, Drake was making a name for itself in the European snowboard community. With the help of Northwave’s sales, marketing, and engineering staff, as well as a top-level pro team, Drake started a considerable growth to become a renowned brand around the world.

Northwave and Drake focused their strategy on team and grassroots promotions, such as sponsoring local contests, retailer promotions, industry events, and amateur snowboard tours. The synergy of Northwave and Drake also resulted in fruitful collaborations with worldwide-known top riders aimed at designing and testing new products, and not just boosting the prestige of the brand.

Athletes such as Mikey LeBlanc, Kevin Jones, Andrew Crawford, and Gian Simmen graced the covers of major snowboard magazines such as Snowboarding, Snowboarder, and OnBoard. Northwave and Drake riders dominated the competition circuits, winning top places at international competitions such as the Gravity Games, the G-Shock Air & Style, the X-Games, the U.S. Open of Snowboarding, as well as gold and silver medals in the 1998 and 2002 Olympics.

In 2000 Northwave North America acquired Vancouverbased Bakoda, a producer of high-quality snowboard accessories, appreciated for their unique style, and winner of design and media awards from mass market publications like Maxim and Men’s Journal.

In 2002, Mario Cipollini conquered Milan-Sanremo and became a legend with victory in the Zolder World Championships.

Gunn-Rita Dahle won XC Olympic gold in Athens 2004, and in the same year, on its continuous search for innovation, Northwave launched its first range of Goretex shoes. A groundbreaking innovation which gave Northwave leadership in the fall and winter cycling shoe segment- a domination that continues after almost 20 years.

2005 is the magic year of Tom Boonen, sponsored by Northwave, winning Paris-Roubaix, two Tour de France stages, and the World Championship with Aerator shoes on his feet.

A new addiction to the family is the Custom project, the customized apparel program to meet every rider’s needs, from pros to amateurs, which came to life in 2008.

The beginning of the new decade was celebrated in 2011 with World’s #1 Philippe Gilbert and Fabian Cancellara’s Leopard-Trek Team riding on Northwave bike shoes.

The wave of innovation continued and in 2013 Northwave R&D designers developed and patented the SLW2, the only retention system on the market for performance shoes to allow step-by-step adjustment and complete opening with just one single trigger.

And in 2015, Northwave continued its strategic partnerships with industry leaders, and was the first cycling brand to create a relationship with Michelin on the development of a range of technical soles. The core of the partnership was matching Michelin tires’ technology and Northwave’s shoe know-how. The result was the creation of truly innovative soles, designed to increase the performance of off-road technical shoes, featuring a truly original design.

The technology developed by Michelin for its tires brought an exceptional added value to further improve Northwave shoes’ performance.

In 2017 the company partnered with Speedplay to develop, patent, and distribute an adapter system to allow the use of the pedals, even with incompatible shoes. This innovative system allowed the four bolt system of Speedplay cleats to mount to Northwave’s three bolt soles, but without adding any additional stack height to the pedal system while fully allowing normal adjustment of the cleat’s position.

Also in 2017, due to the popularity of the “Daddy’s sneaker” trend and the return in popularity of oversized soles, the Espresso sneaker line returned. Starting in the Japanese market, where it was in the windows of Beams, the Tokyobased luxury retail chain.

2018 marked a turning point for the company. Almost 30 years had passed since Northwave was launched and nearly 50 years since Gianni Piva founded Calzaturificio Piva. With Federica Piva as CEO and member of the board the second generation was now ready to take the lead and, with her, a new generation of managers started to join the company. Still remaining faithful to its family business model, and with Gianni Piva appointed as President of the Board of directors, a multifaceted plan for development through generational and dimensional transition was set to prepare Northwave for its future.

The same year saw a collaboration for the Espresso sneakers with Japanese artist YSTRDY’S TMRRW which hit the windows of United Arrows, the large retail conglomerate of select shops. The announcement of the partnership made it into the headlines of Highsnobiety, Hypebeats, SneakerFreak, and others.

During the spring of 2019, Northwave signed an exclusive licensing contract with Slam Jam, leader for brands and collections which represent urban subculture, for the production and worldwide distribution of a range of lifestyle shoes based on the Espresso and its designs.

But the epicenter was, is, and will always remain the continuous research for innovation. Thanks to the approach of partnering with the best, in 2019 two new collaborations were introduced; a new range of winter shoes with Primaloft , worldwide leader in advanced material technology, producing sustainable synthetic insulation products, along with a range of new winter apparel & accessories with Polartec , premium company of innovative and sustainable textile solutions for thermal insulation. 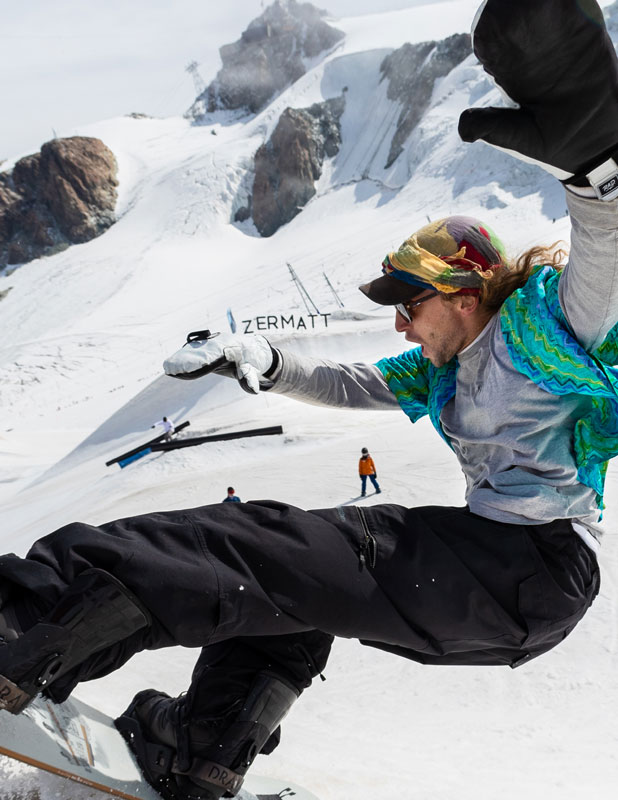 This year marks an important anniversary: 30 years of innovation and successes, developed thanks to the man who was leading the company and its team to what is today. But the team is already riding the evolutional winds of change that will bring Northwave to the next level. To celebrate the anniversary, a new corporate identity has been launched under a new logo. For the first time since its foundation, a new logo unifies the company, the team, and its vision: